Victory a breeze for Valley in windswept contest

Three goals in each half sealed the points for Carl Adams’ men on Saturday against one of the division’s struggling outfits, as Town bounced back from their disappointing display in the local derby defeat to Long Buckby AFC four days previously.

A Max Johnson brace and a David Kolodynski strike had given Rugby a healthy advantage at the interval, with substitute Dylan Parker, Liam Francis and Luke English doubling the margin by the conclusion of the game. 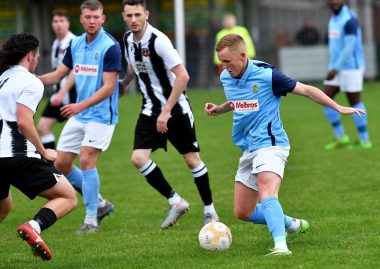 Town’s starting line-up showed three changes from that Buckby humbling. Ashley Bodycote was back between the sticks after a four-game absence, Max Johnson returning after missing the three previous outings and Francis also restored to the heart of the defence.

With the winds at their backs, the visitors were quickly off the blocks and were soon threatening a side with just two league wins so far this season – both achieved against basement team Biggleswade.

Rugby skipper Loyiso Recci was the first to threaten the Peterborough goal with a 20-yard strike that drifted wide of the target after just four minutes.

Just three more minutes had elapsed when Valley took the lead though, after Kolodynski had played a quick free-kick to English, with the wing-back going on to pull the ball back for Johnson to smash impressively home from the edge of the penalty area.

The hosts’ best chance of the first half followed, when Ben Robinson blazed wide from close quarters after Frankie Gourlay had done well to find space on the right hand side. 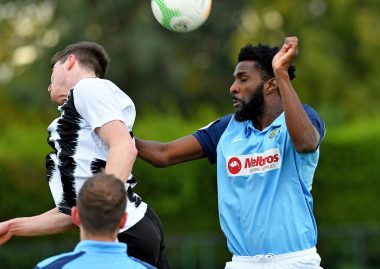 However, it was a rare moment of first half danger for Town, and one-way traffic was soon restored, with Johnson adding his own and his side’s second on 22 minutes with an excellent volley from twenty yards into the top corner after Francis had headed back an English long throw neatly into his path.

Rugby’s third also originated from an English touchline launch, with Kolodynski eventually slotting the ball past Max Peverell after he had seen his first effort ricochet back to him following a tricky run down the right past a couple of defenders.

Peterborough offered a little more threat after the interval with the wind now in their favour, but generally the Valley back three of Recci, Francis and Jamal Clarke coped well with the aerial bombardment.

Robinson did miss out on another opportunity for the home side though, and Clinton Disemelo also tested Bodycote, but any lingering doubts as to the destination of the points were dispelled on 66 minutes when Parker found the target shortly after his introduction from the bench by dinking Kolodynski’s first time centred ball past Peverell.

Francis made it five when he tucked home Edwin Ahenkorah’s whipped-in cross, and the game’s final goal came with ten minutes of normal time remaining, with Parker setting up English for his first for the club by drilling the ball into the bottom corner.

Valley, who lie seventh in the table, are back at Butlin Road on Saturday when Desborough Town are the visitors (3pm).