RUGBY Town’s youth team will take the club into previously unchartered territory next Wednesday, when they play host to their equivalents from League One side Morecambe in the second round proper of the FA Youth Cup at Butlin Road.

Valley’s Under-18 squad have earned a place in this stage for the first time ever following their fourth win of this season’s competition at Long Eaton last Thursday.

A first half strike from Mason Platts and a late penalty by Leo Stone secured Rugby a 2-0 victory, and it left boss Liam O’Neill full of praise for his young charges.

He said: “They’ve created their own piece of local football history and this time they have been rewarded with a home game against a Football League club.

“They’ve come through a very hostile atmosphere at Long Eaton and put in a very professional and thorough performance to win on the night and I’m so proud of them.” 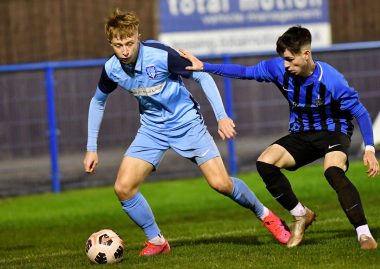 Previous successes in the qualifying rounds of the cup had come against the youth teams from Rushall Olympic, St Neots and National League outfit Solihull Moors, but Town have now gone one better than their 2019/20 showing when they were eliminated in extra-time in the first round proper by then League Two outfit Grimsby. 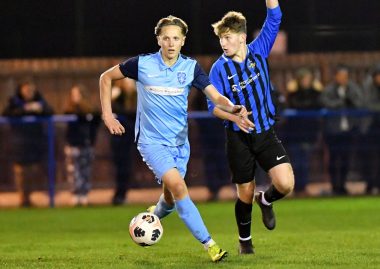 O’Neill continued: “That narrow loss two years ago gave us all the hunger to do well in this competition again, and this year’s group of lads have been nothing short of outstanding in their attitude to training and their willingness to work within a specific structure of play”

Town warmed up for the Morecambe tie with a 3-0 Midland Youth Floodlit League win at Worcester with the goals coming from homegrown Rugby talent in Michael Blair, Eddy Fahey and Archie Wade to go top of their Southern Premier Division.

Rugby’s success in the competition leaves them amongst only a handful of non-professional clubs left in the mix, with youth teams from Premier League and Championship clubs entering the competition in the next round.

Next Wednesday’s game will kick-off at 7pm and admission is £4 for adults and £3 for concessions, with free entry for under-16s.