RUGBY Town will have the chance to avenge a league defeat after being handed a FA Vase second-round tie at home to Hinckley Leicester Road next month.

A 2-1 victory in a bruising encounter at Belper United put Carl Adams’ men into the last 128 on Sunday and Monday’s draw set up an all-United Counties League Premier Division South encounter on November 20.

The sides met at Leicester Road on September 21, with the hosts prevailing 3-1.

Town, though, recorded a fourth win in a row in defeating UCL Division One side Belper and will look to continue that momentum. 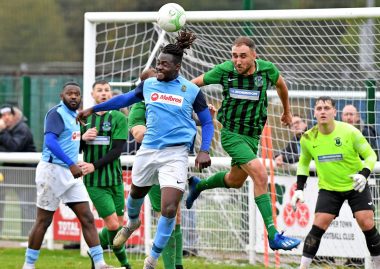 Rugby had struck first on 12 minutes with Danico Johnson keeping up his scoring run. The striker capitalised on 12 minutes on a defensive slip to control Edwin Ahenkorah’s pass and slot home.

But Belper were more than a match for Valley and levelled matters on 28 minutes through Richard Hanslow, who turned to fire home past Jake Woodward.

There was little between the teams but Kolodynski was in the right place to fire home the winner seven minutes into the second half, heading home a Justin Marsden corner. 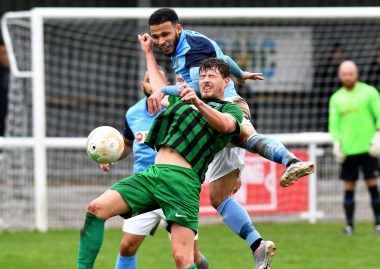 Seventh-placed Rugby will look to extend the winning run on Saturday in UCL action when they head to Biggleswade United who have lost all 14 league games so far, before they entertain Long Buckby AFC on Tuesday at Butlin Road.

The Vase tie means the away fixture at Bugbrooke St Michaels has been moved for the Saturday to Tuesday November 22.