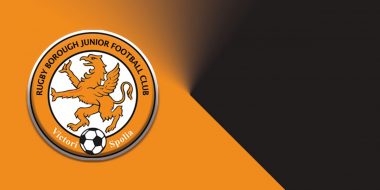 A COMPLETE turnaround in events meant Rugby Borough were well beaten in a 4-0 drubbing by County Hall in the Leicestershire Senior League Premier Division on Saturday – just two weeks after enacting a defeat by the same scoreline on their rivals.

In the second league meeting between the two sides at this early stage of the season, Borough had no answers to the hosts at Saffron Lane, going in a goal down at the break before conceding three more in the second half to complete the comprehensive scoreline – as had been the case in the reverse fixture at Kilsby Lane 14 days earlier.

Lewis Bishop opened the scoring after volleying home following a diagonal ball across Borough’s penalty area to give County Hall a narrow lead just before the break.

Jamie York then unleashed a 40-yard showstopper that flew into the top corner shortly after half-time, leaving Lewis Phelps helpless and the visitors with a mountain to climb.

Unfortunately for joint-managers Tommy Young and Tom Wardle, the scoring was not done there, with Heior Ferreira at the double – finishing from a counter-attack before sumptuously lobbing home the final goal of the afternoon – to leave Borough dead and buried.

Borough find themselves in third place but lose ground in their chase for the summit, with table-toppers Cottesmore AFC (18 points) and nearest challengers Sileby Town (15 points) both having played games fewer.

Rugby’s original fixture against Ellistown this weekend has been postponed, so Borough will instead host second-placed Sileby on Saturday (3pm) hoping to leapfrog their opponents next time out.