Kolodynski goal proves only a consolation for Valley

RUGBY Town could not prevent Hinckley LR extending their 100 per cent winning record in the United Counties League Premier South on Tuesday night.

The Leicestershire side chalked up a seventh win from seven league games with a 3-1 win at Leicester Road.

Jordan Burrows netted the 11th-minute opener with a bobbling shot into the corner of the net from Tom Smith’s low cross and Danny Jenno made it 2-0 on the stroke of half-time following a corner. 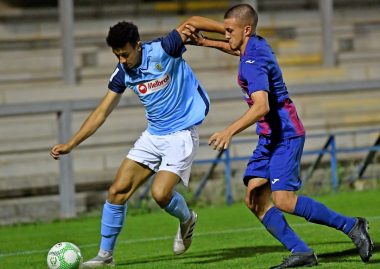 Carl Adams’ side replied soon after when David Kolodynski tapped in following Danico Johnson’s left-wing cross  but despite pushing for further goals they could not again breach the Hinckley backline.

Rugby turn their attention to the FA Vase on Saturday when they entertain Midland League Premier outfit AFC Wulfrunians in the  second qualifying round at Butlin Road. 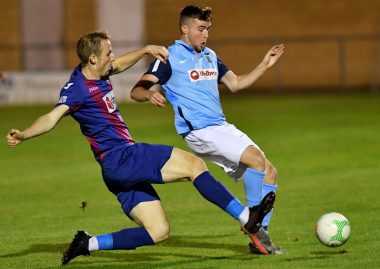