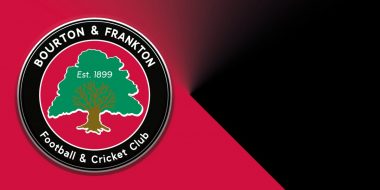 WINLESS Bourton and Frankton were left blown away by Rugby Reserves in a 4-1 drubbing at The Field on Saturday.

Michael Hoey’s side have already bettered their performance in the 2019/20 season after picking up two points from their opening four fixtures prior to the weekend, but did not look like ending their 14-match winless streak in Division Three of the Coventry Alliance Football League in their latest outing.

Having picked up a point the previous week at Crick Athletic Reserves, confidence was high amongst the squad hoping to do damage to one of the fellow strugglers in the league.

Judging by the opening ten minutes, there was enough to suggest that the three points might be heading to the hosts, as Tim Sutcliffe finished clinically to put Bourton a goal to the good.

Rugby were unfazed by the deficit that faced them, however, and began to dominate proceedings as Bourton and Frankton’s resolve was tested.

But while the visitors had a penalty just before the half-hour mark to draw themselves level, ‘keeper Paul Ibbett had other ideas – flying across his goal to keep the ball out and keep his side ahead.

In an unfortunate turn of fate though, the resulting corner led to the Rugby equaliser after slack defending gifted the away side a free header.

With both sides level at the break, there was all to play for in the second half. The goal before the break gave Rugby momentum that they capitalised on after half-time, going in front on the hour after the ball was bundled home inside the penalty area.

It gave Bourton a much-needed wake-up call, though their efforts to revive themselves and change the scoreline around did not look too convincing on the balance of play.

So when Rugby struck a third with 13 minutes remaining, it was effectively game over.

A fourth then followed from close range on 84 minutes to put the rubber stamp on the visitors’ victory after Bourton were blown away by a blistering counter-attack.

As far as tasks go, Bourton and Frankton will have their work cut out when hosting second-placed Whitnash Town on Saturday (2.15pm), a side who remain unbeaten with four wins from their five opening games.

But having only been narrowly beaten in the reverse fixture, going down 1-0 to an Ethan Fletcher goal at the end of September, Bourton will hope to frustrate the visitors in a bid to maximise their chances of sneaking a victory.