A MAN whose partner was killed because of his negligence as he drunkenly worked on the electricity supply to their caravan home has been warned to prepare himself for a prison sentence.

James Atkin had pleaded not guilty to Deana Simpson’s manslaughter in the caravan they shared on his father’s Willoughby Fields Farm in London Road, Willoughby, by gross negligence.

His barrister Jamie Hamilton QC had conceded during his trial at Warwick Crown Court that it was ‘undoubtedly the case’ that Atkin was responsible for Deana’s death.

He argued that Atkin’s incompetence while working on the caravan’s electrical supply fell short of gross negligence.

But the jury disagreed, and Atkin, 43, was found guilty of manslaughter by a unanimous verdict.

Judge Sylvia de Bertodano adjourned sentence for him to be dealt with at the same time as his father Trevor Atkin, 72, who pleaded guilty part-way through the trial to two offences of contravening Health and Safety regulations at the farm.

But, granting him bail until Thursday, she warned James Atkin: “It is very likely it will be a prison sentence. That is something you need to prepare yourself for.”

The case followed the death of 40-year-old Deana as she was preparing food for a barbeque in the caravan, which had a gas cooker but electric lighting and appliances, in August 2017.

The power was generated off-grid, mainly by an unreliable petrol generator, which James sometimes asked Deana’s father, who worked as a maintenance fitter at the farm, to fix.

Prosecutor Michael Burrows QC said there was also a large diesel generator to power things around the farm, and which James would use when the small generator had packed up.

But Trevor Atkin was not happy about that because it cost a lot to run, and using it for the caravan meant it was running all night.

So in 2017 James began carrying out work intended to improve the supply to the caravan by storing electricity from the large generator in batteries during the day to use at night.

That involved installing an inverter to convert the AC power from the generator to DC current in the batteries and then back to AC for use in the caravan.

Mr Burrows said installing such equipment was ‘not work for someone who is not qualified,’ and certainly not for someone like James with a drink problem.

At the time James was in the habit of drinking neat spirits or strong beer every day – getting the shakes when he had not had a drink, and sometimes drinking before work to stop them.

On the day before Deana’s death, he had turned up for work drunk, and left early to continue working on the electrical supply to the caravan with a bottle of beer in his hand.

On Saturday the 26th another man who worked on the farm joined James and Deana at their home for a drink, and they decided to have a barbeque that evening.

At 6.15pm the man was in the kitchen where Deana was preparing the food when she suddenly dropped to the floor.

At first he thought she was drunk, although in fact she had not had much to drink, but she was not moving, so he went to tell James who came back to the caravan where took a picture of her, thinking she was playing a joke.

But James then touched the cooker and was ‘knocked back by the shock’ – and they realised she had been electrocuted, and he eventually told the other man to call 999.

Paramedics arrived, but despite their efforts and that of a doctor who arrived in the air ambulance, they were unable to revive her – and the cause of death was found to be electrocution.

An electrical expert who checked James’s work found the wiring to be in a poor and dangerous condition, with RCD safety devices bypassed or removed, said Mr Burrows.

Before the jury began to consider their verdict, Judge de Bertodano had told them: “The defence do not accept that the defendant was grossly negligent.

“It does not help the defendant to have it said on his behalf that he was so drunk he did not know how serious it was.”

And Mr Burrows, who pointed out that an electrical expert described the work carried out by Atkin as ‘an accident waiting to happen,’ commented: “Deana Simpson has lost her life as a result of James Atkin’s appalling incompetence and negligence.”

Atkin did not give evidence, but Mr Hamilton conceded: “Without doubt the actions of James Atkin led to the death of Deana Simpson. Those actions were negligent.

“But whether he bears criminal responsibility is a matter for you. In order to find gross negligence you have to find this conduct was not just serious, and not even very serious, you have to find it was exceptionally bad.”

Both men were due to be sentenced on Thursday (December 17).

Following the verdict, Deana’s family issued the following tribute to her. 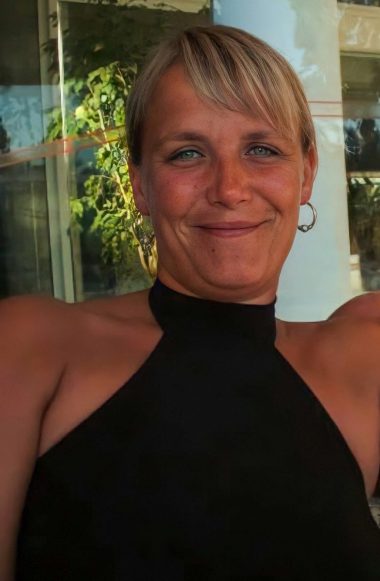 “We think about you always,

We talk about you still,

You have never been forgotten,

And you never ever will,

We hold you close within our hearts,

And there you will always remain,

To walk and guide us through our lives,

Until we meet you again.

“Rest in perfect paradise our angel, we will love you forever.”