A ‘HEARTLESS’ nurse has been convicted of neglecting an 87-year-old woman in her care – becoming the first person in Warwickshire to be convicted of wilful neglect.

Victim Rachael Smith was taken to hospital on the morning of February 2, 2018 after staff at the Rugby care home where she lived found her in an extremely poorly state.

Catalina Ferchiu, 54, of Pool Close, Rugby, had been responsible for her care overnight. She went into Mrs Smith’s room at around 4am and found that she had been sick and had a bruise on her shoulder.

She cleaned her up but failed to seek further medical attention or adequately check up on her for the rest of the night.

At Warwick Crown Court on Tuesday (October 13), a jury found that Ferchiu wilfully neglected her duties.

Mrs Smith died three weeks later in hospital. The court heard that there was no evidence to suggest the neglect shown by Ferchuiu contributed to her death.

Ferchuiu will be sentenced on November 2.

Police Staff Investigator Marcella Forrest said: “This case centred around a heartless nurse whose deliberate actions led to the unnecessary suffering of a lady requiring care and support.

“People often rely on medical staff at the most vulnerable times in their lives and they expect to be treated with compassion and respect. Ferchiu fell well below these standards. This wasn’t just a case of poor care – it was deliberate, criminal neglect.

“I would like to pay tribute to Mrs Smith’s family who have fully supported our investigation and acted with integrity throughout. This has been especially traumatic for them and I hope they can take some comfort from today’s verdict.” 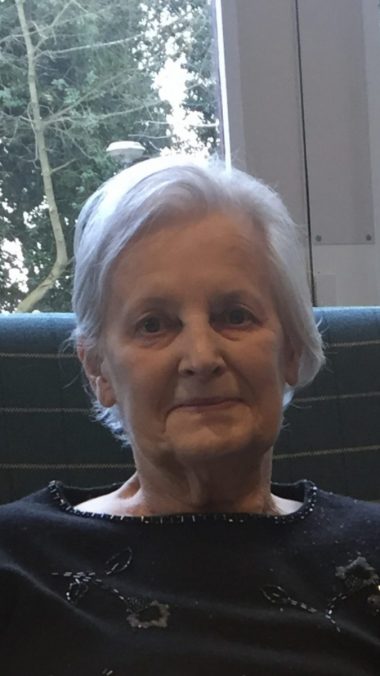 Rachael Smith was taken to hospital after staff at the Rugby care home where she lived found her in an extremely poorly state.

Following the verdict, Mrs Smith’s family issued the following statement: “Our elderly mother Rachael Smith (nee White) suffered a stroke in October 2015. She lost the ability to speak, communicate, and was totally dependent on others.

“As a result of her ill health and the support that she required she was admitted into a home. We trusted our extremely vulnerable mother would receive quality care.

“We are pleased with the outcome of the case, as it sets a precedent for other vulnerable and disabled individuals in similar situations.

“We would like to thank the ambulance service, safeguarding, all staff at University Hospital Coventry and St Cross in Rugby, the CPS and Warwickshire Police.

“We would also like to thank counsel, Mr Peter Grieves-Smith and Ms Chloe Ashley. In particular, Warwickshire Police has provided substantial and much needed support to our family, which has been greatly appreciated.

“The last two years has been an extremely difficult time for the family. The pain and distress that our mother would have suffered during her time in the home has been at the forefront of our minds.”