JOSH Thomas couldn’t have timed his first goal for Rugby Town any better after bagging the stoppage-time equaliser in Tuesday night’s dramatic draw against Cogenhoe United.

Carl Adams’ side had led at half-time at Butlin Road, with a moment of magic from Dylan Parker. Having collected a back heel from Danico Johnson, the young striker cleverly dinked the ball over the keeper for the ninth-minute opener.

But the Cooks turned the game around with Rico Alexander and Dylan Weston on target before Thomas diverted a Max Johnson cross to make it 2-2 in the sixth minute of stoppage time.

Valley have dropped to eighth in the table as they prepare to face Potton United on Saturday before a trip to Hinckley side Leicester Road next Tuesday.

Hat-tricks from Caine Elliott and David Kolodynski secured Valley’s Vase triumph at Copsewood, setting up a home clash with AFC Wulfrunians on September 25. 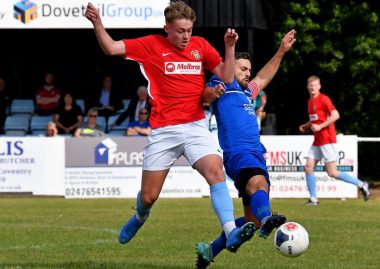 Elliott’s treble plus a long-distance Parker strike put Adams’ men 4-0 up at half-time and though the hosts pulled two goals back through Alex Lock and Sean Kavanagh straight after half-time Valley soon hit the back of the net again.

Kolodynski was in the right place at the right time for his own treble and Parker added his second. 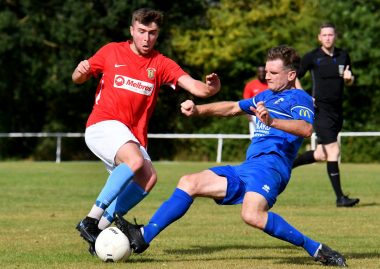