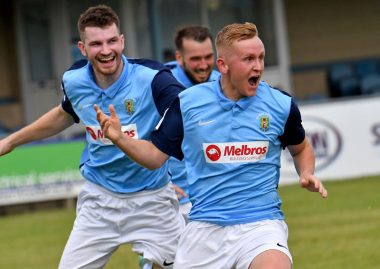 Playing the best part of the second half with a man advantage following a second yellow card for former Valley man Steve Palmer, the 87th-minute strike edged the 1-0 scoreline to set up a trip to Stone Old Alleynians of the Midland League in the preliminary round on August 21.

Barry Fitzharris sent a well-hit drive narrowly over, while a swivel and strike from Koloydynski inched just past the past after the break.

With Boldmere reduced to ten men moments later, all of the onus was on Rugby to deliver the match-winning moment and it finally arrived three minutes from time. Danico Johnson cleverly let the ball run through from Dylan Parker’s centre and Max Johnson buried the ball home from close range after his namesake D.

Following Tuesday’s trip to Long Buckby, Town then head to Godmanchester Rovers on Saturday in a league double-header.