A FATHER who led police on a car chase through the town centre while his baby was unrestrained in the back of the car has been jailed.

Martin McDonagh, 27, from Barnsley has been jailed for 26 months and banned from driving for four years and three months after appearing at Warwick Crown Court charged with dangerous driving and seven other offences. 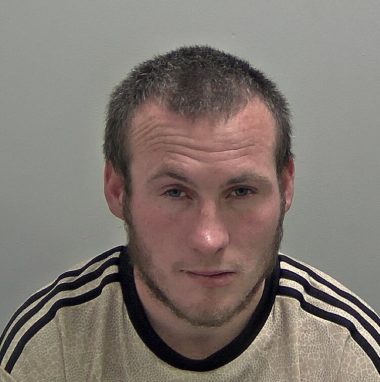 McDonagh was arrested on August 2 when officers attempted to stop the silver VW Bora he was driving on Newbold Road, next to the police station.

However he drove around the police car and onto the pavement to get past them.

Officers followed the car along Corporation Street where it jumped a red light, causing vehicles to stop, before turning onto St Matthew’s Street where two pedestrians had to abruptly stop crossing the road, before bringing the car to a stop.

On his arrest, officers realised McDonagh had done all this with his baby – who they believed to be under six months old – unrestrained in the back seat of the car.

He was taken to Leamington Police Station for questioning and, after spending the night in custody, was charged with eight offences the following day.

As well as dangerous driving, he was charged with driving without insurance, driving while disqualified, child neglect, driving with a child under three years old in the rear not wearing a seatbelt, obstructing or resisting a constable in the execution of duty, failing to stop when required, and fraudulently using a registration mark or registration document.

He pleaded guilty at Warwick Crown Court and was duly sentenced.

PC Batchelder of Warwickshire Police said: “Martin McDonagh had no consideration for the safety of other people. He jumped a red light causing others to stop to avoid a collision and narrowly missed two pedestrians.

“The most shocking of all is his total disregard for the safety of the child who throughout the incident was unrestrained on the back seat of the VW Bora. Fortunately the child was not injured in the incident.

“The sentence today reflects the seriousness of Martin McDonagh’s offences. He was disqualified and uninsured and should not have been driving.”

Visit https://bit.ly/2Iuyr29 to watch police dashcam footage of the chase.