A ‘ONCE-in-a-lifetime’ transformation of Rugby town centre has been proposed by Rugby Borough Council (RBC).

The ambitious plans include a dramatic revamp of Corporation Street, the creation of a ‘Rugby Hub’ for public services, adding new green streets and spaces, and redesigning the road network into a ‘21st century transport system’.

The council says its Rugby Town Centre Regeneration Plan is ‘a bold vision for the future’ to help revitalise the town centre.

A number of so-called ‘big idea’ projects include placing the council and other public services in a ‘one-stop shop’ Rugby Hub in the town centre, and improving Corporation Street’s links to the town centre with a focus on pedestrians, cyclists and public transport.

Other projects focus on redesigning the road network, including transforming Evreux Way into a ‘gateway’ to the centre and reworking the gyratory system – which was redesigned as recently as 2015 – to encourage visitors to walk, cycle or travel on public transport.

The projects are in addition to existing plans such as the redevelopment of Rounds Gardens, Rugby Central’s desire to explore redevelopment opportunities, and the Caldecott Square development on the former Herbert Grey College site.

The plan has been created by the council in partnership with strategic real estate adviser Avison Young, masterplanners Allies and Morrison Urban Practitioners, and transport and movement specialists Urban Flow.

It was drawn up following a public consultation earlier this year, when around 1,300 residents voiced views on how the town centre could be improved.

RBC leader Coun Seb Lowe said the views of residents had helped shape the plan, with a six-week public consultation launching today (Thursday September 30) to let residents have their say.

He said: “Town centres across the country face significant challenges, which the pandemic has brought into sharper focus.

“However, I firmly believe Rugby has the economic foundations on which we can build a town centre fit for the 21st century.

“We remain one of the fastest growing boroughs in the country and our location and transport links mean Rugby remains an attractive place to live, work and do business.

“The plan sets out an ambitious vision and combines over-arching objectives and principles, such as commitments on the environment, with detailed proposals for redevelopment.

“It’s important we now hear from residents before finalising the plan and starting work.”

Residents can view the plan and speak to members of the regeneration team at an ‘in person’ exhibition event on Monday October 25 at the Benn Hall, from 2pm to 7pm.

Rugby Borough Council explains the details behind its ‘big idea’ plans for the town centre. 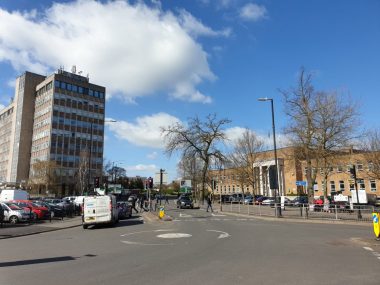 One of the council’s ‘big ideas’ is to remove the roundabout at Evreux Way to create a ‘high-quality gateway’ to the town centre.

The Corporation Street roundabout with Evreux Way is a poor-quality environment. It favours the car – and makes it very difficult and unsafe for pedestrians and cycles to access the town centre from the north and west. We want to work in collaboration with the relevant teams at Warwickshire County Council to explore whether the area could be transformed, removing the roundabout to create a high-quality gateway to the town centre. 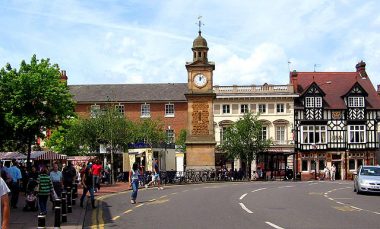 The council wants to make North Street and other roads in the town centre ‘safer and more welcoming’.

North Street and Church Street cut through the town centre creating a barrier to the areas north and east of the town centre. We would like to make it safer and more welcoming, encouraging improved north-south connectivity and making it easier to move between Regent Street and Market Place.

We want to work with the county council to create a more ‘local feel’ road environment on Corporation Street which will include improved crossing points, cycle and bus infrastructure, improved signage, better footpaths, and sensitive tree planting.

Although there are large parks around the edge of the town centre, the heart is lacking in green space. We are keen to promote a range of projects together under the overall banner of ‘Green Streets and Spaces’. This could include street tree planting, improvements to existing spaces and the creation of new pocket parks and spaces for a range of activities. Improvements are already taking place to the green spaces around St Andrew’s Church, which will help set the tone for other opportunities in the town centre.

We are reviewing the space we need to deliver key services to the community, including our own office space requirements. There could be an opportunity to release land for development. Warwickshire Police are also considering their space, and wider conversations are taking place with NHS healthcare services, and the community and voluntary sectors, with the potential for a new ‘public sector hub’ to be created in the town centre.

We are keen to work with the county council to secure enhancements to the transport system as part of broader sustainability measures in the Borough. Public transport will play a significant role in the sustainable regeneration of the town centre and the response to the climate emergency, creating safer connections to the town centre, railway station and wider neighbourhoods. 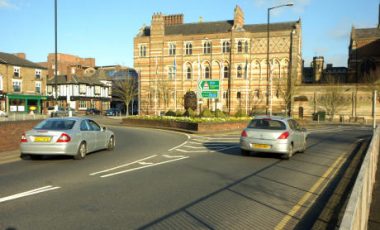 The plan proposes to ‘change how vehicles pass through’ the gyratory system, which was redesigned as recently as 2015.

The gyratory next to Rugby School is vehicle dominated which detracts from the heritage of the area and results in poor air quality. We would like to work with the county council to explore whether we can change how vehicles pass through this area, with more ‘local feel’ roads alongside improved public space and measures to enhance public transport, walking and cycling.