AN ARSONIST who sent threatening messages to his ex-partner before setting her static caravan alight has been jailed for 12 years. 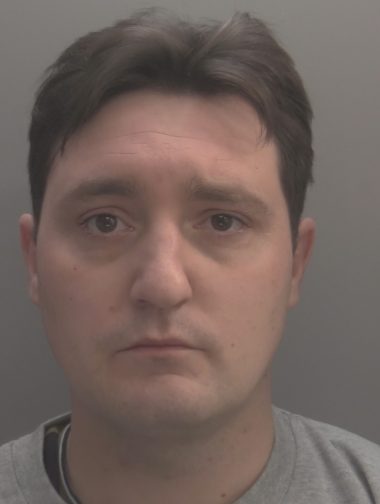 Arsonist Lord Curtis Lodge, 33, of Moorbarns Lane in Lutterworth, has been jailed for 12 years.

Lord Curtis Lodge, 33, of Moorbarns Lane in Lutterworth, was sentenced at Leicester Crown Court having previously been found guilty of one count of arson with intent to endanger life.

Upon release, he will be placed on a three-year extended licence and is also subject to a restraining order forbidding him from contacting the victims or entering the borough of Charnwood.

On the evening of Saturday November 28 last year, Lodge sent text messages to his ex-partner stating he would ‘burn her place down’ – referring to a static caravan she owned at a site near Loughborough.

The victim was not at the site at the time, but in the early hours of Sunday morning, she received a text message from a family member saying her static caravan was alight. A further message a short time later said it had been completely destroyed.

The fire had also spread to a nearby static caravan – owned by another member of the victim’s family – where he, a woman and three children were sleeping. They escaped uninjured.

Lodge was arrested later that day and an examination of his phone confirmed he had been sending the messages.

The owners of both caravans have said his actions have had a major impact on their lives, stating they have struggled to sleep since – and that his crimes have also taken away a source of income.

Speaking after the sentencing, Det Cons Aimee Farmer from Leicestershire Police’s Complex Investigation Team (CIT) said: “Lodge set alight to the caravan with the intention of causing as much damage as possible. He didn’t care who he hurt – physically or emotionally.

“Thankfully those who were sleeping at the time managed to escape unharmed, but they are still living with the consequences of his actions that night.

“I know they are still trying to rebuild their lives, but I hope they can find some relief from the fact he has been brought to justice and will be spending time in prison, meaning that they may finally be able to move on.”

Main road through Dunchurch to close over next two weekends